DIY Black and White Stairs.  STILL.  If you have been around here a little while, you might know this is a stop and start project that has been ongoing for over 6 months now.  This is where I will pick up Monday morning. 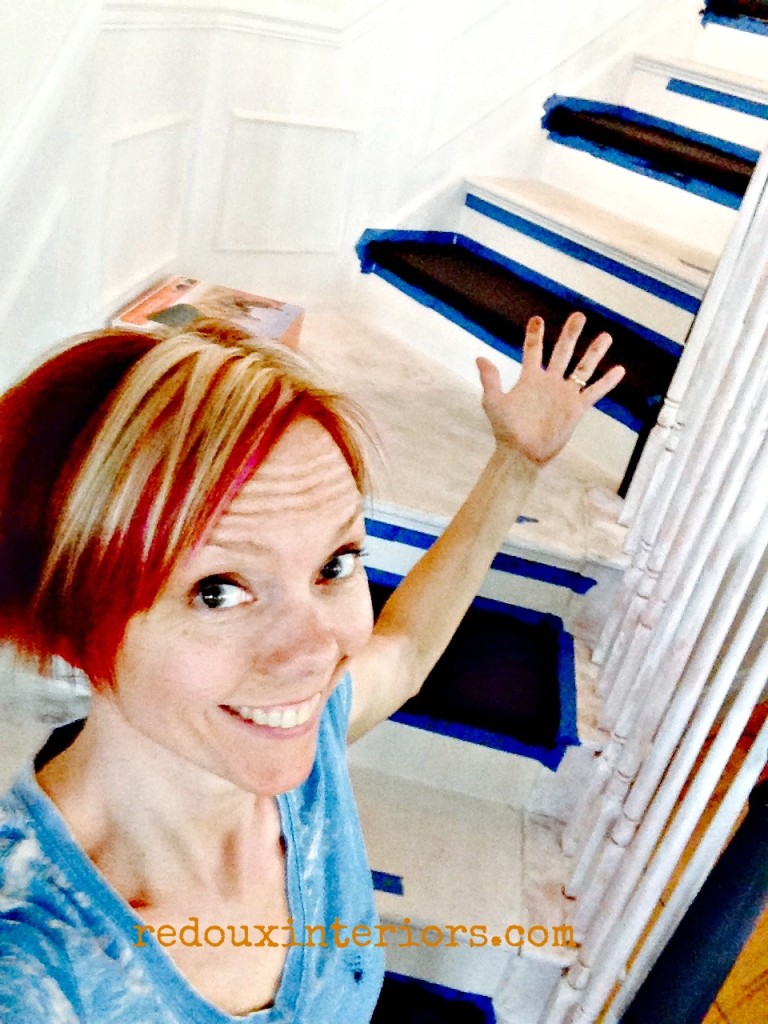 We have had a few versions of what we “thought” we wanted to do with the stairs.  The first version (after pulling out the grossest carpet and one million tacks and staples) involved using a belt sander to try to smooth out the Alt board that lay beneath my carpet.  This version was wrong on so many levels.  The edge of the treads was a big rough, splintery mess.  In my genius head, I thought I would just “square” off the stairs and cut off the offending bullnose.  Off I went with my saw.  17 times.  What I didn’t think about was the fact that the stair treads were now to short be actually comfortable and even stable to walk down. 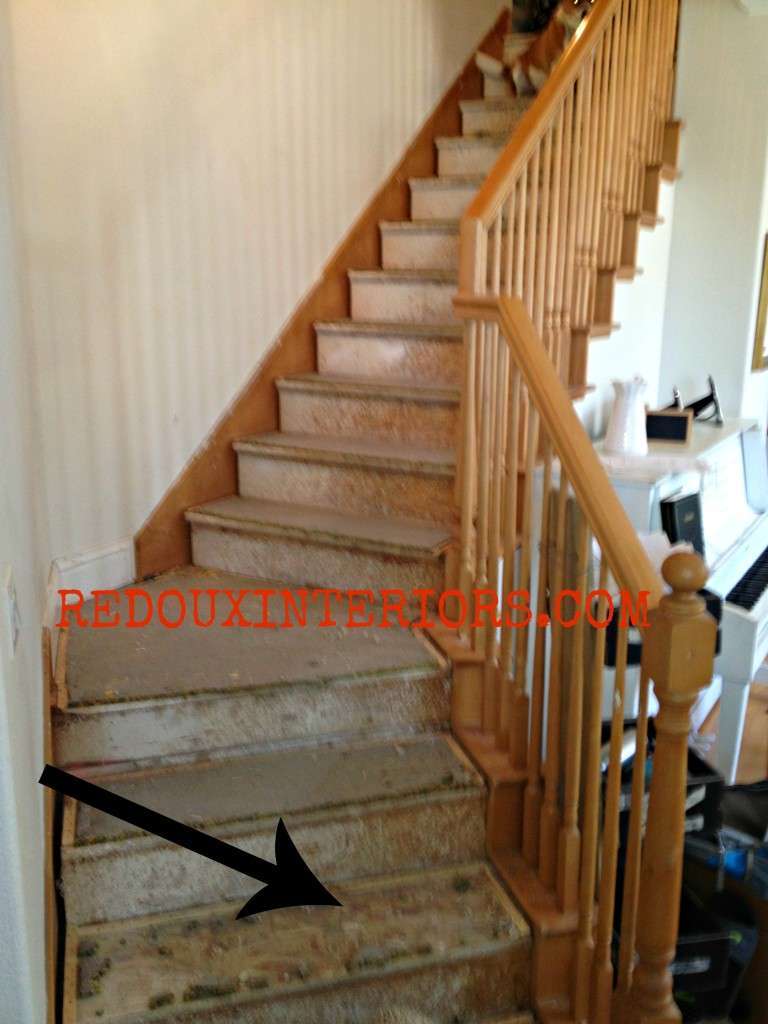 I won’t go into the painful details at this point.  There was a belt sander involved, and the biggest dust mess I have ever created.  I looked like this for days. 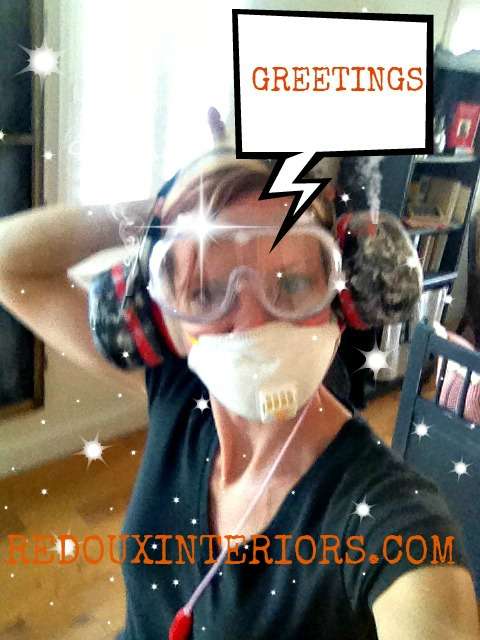 I went to the trouble of priming, 10,000 coats.  Painting the whole things and sealing it.  Only to decide I hated it and what we needed to do was install real treads and add trim. 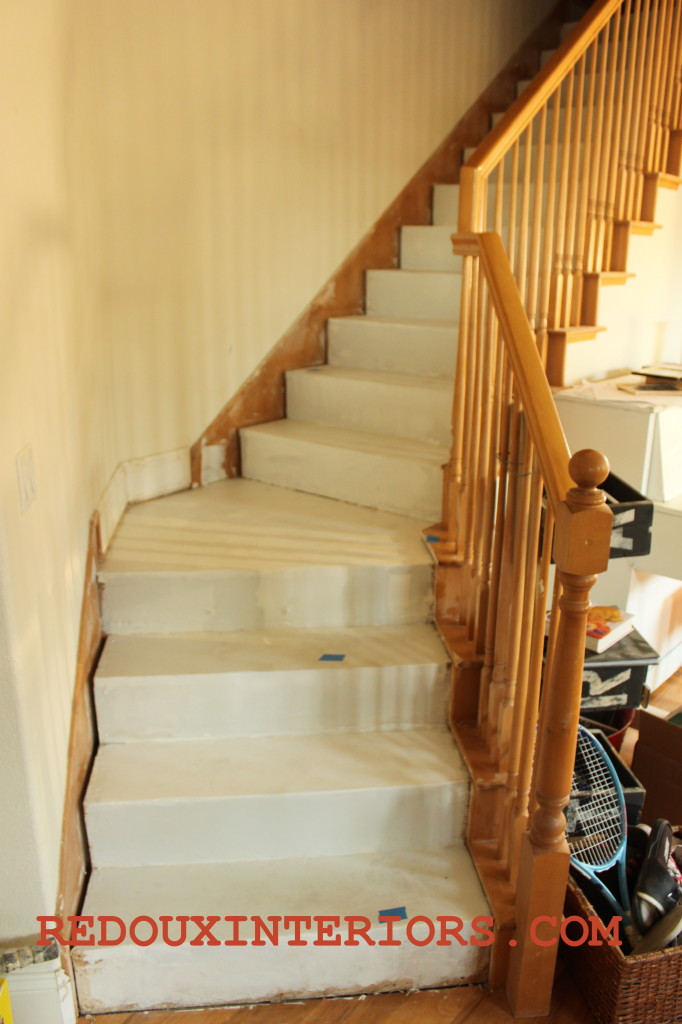 I wasted a goodly amount of CeCe Caldwell’s paint and glaze in my experiment too.  Wah!!!! 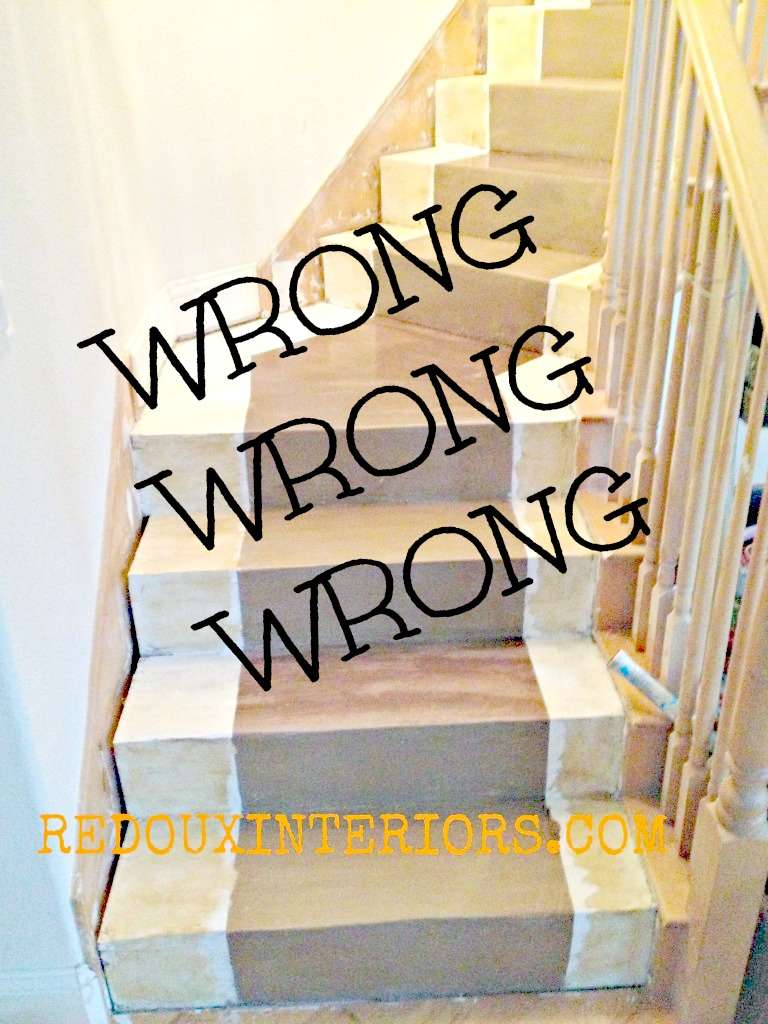 We (I) finally realized I was in over my DIY head.  Suffering Husband stood by patiently waiting for me to come to this conclusion on my own, I think so I wouldn’t have regrets later when we finally did what we should have done in the first place.  Hired a professional. I decided on Builder Grade Solid Oak treads.  They were less expensive, but still very solid, so there would not be dents and scratches.  As long as we were having someone do the work, we decided to add a lovely trim to the wall too. The risers are just inexpensive MDF, cut to fit.  No need to spend money here.

We elected to only have the contractor install the trim, treads and risers.  After the install was over, came the nail hole filling, the sanding (AGAIN), the priming and more sanding.

A few weeks ago I got up the courage to soldier on. Getting to this point involved another round of taping and priming.  I added one more layer of primer.  I used an oil based primer for the stairs and the bannister.  This is the only product I will be using in this project that is very chemically.  I did this to ensure whatever gets on top of it, lots of fingers, dogs, liquids (I spilled my Diet Dr. Pepper while painting) would not affect the wood.   Whose hand is that???  I have old lady worker hands! 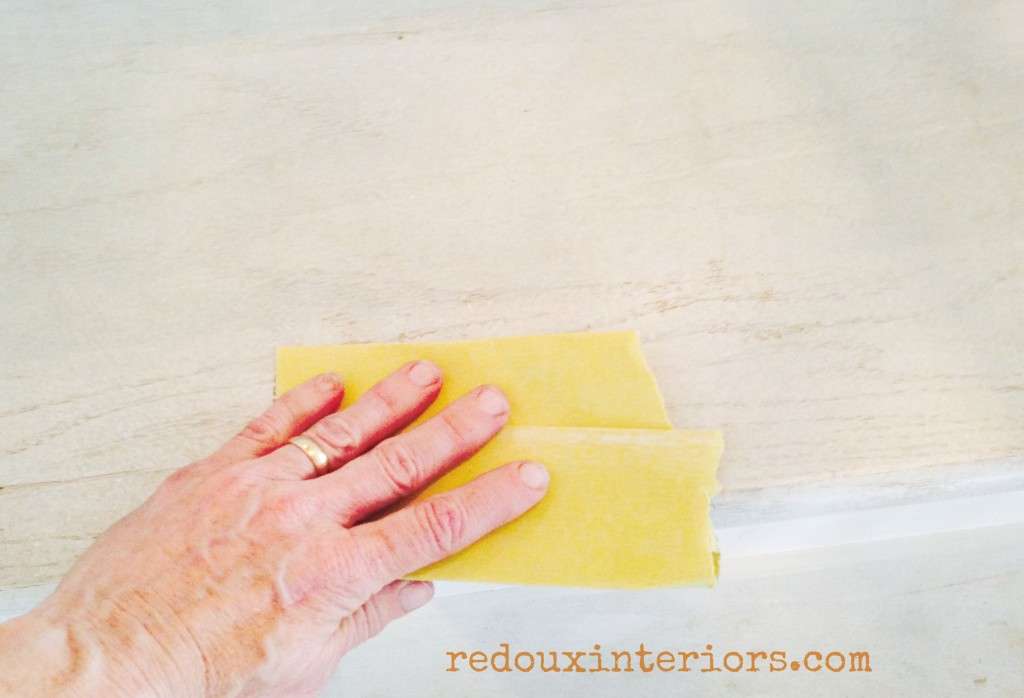 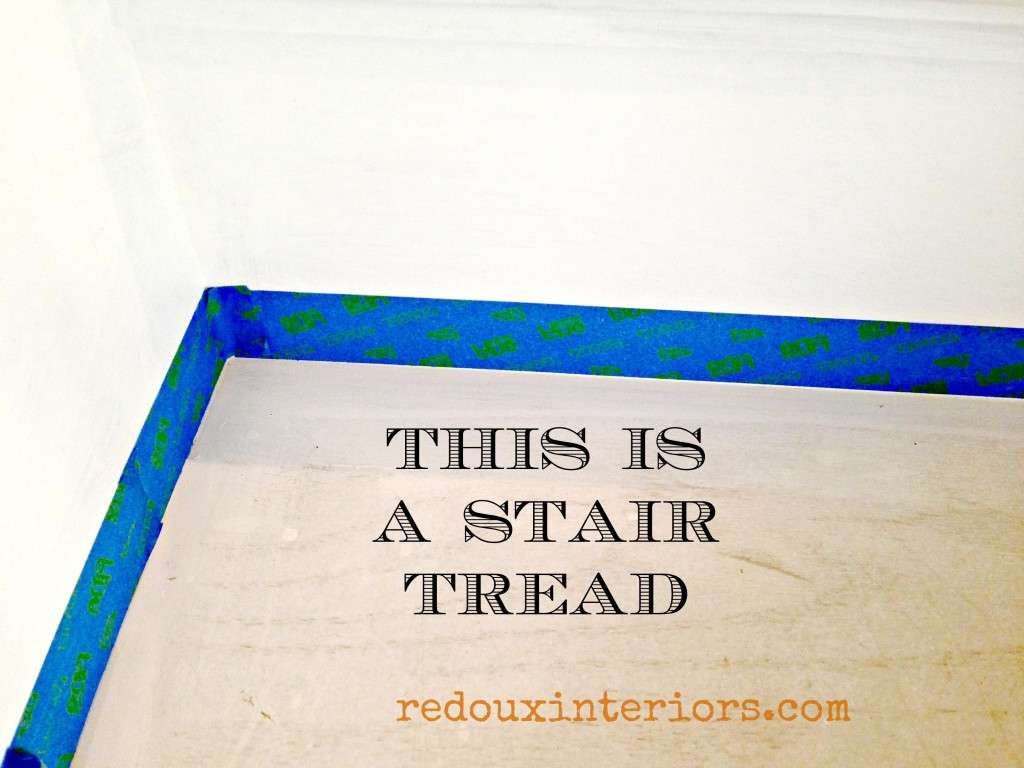 I painted the bannister in CeCe Caldwell’s Beckley Coal.  I am going with a very slightly distressed look. Just hastening the work of what my children will do naturally.  Speaking of natural, I decided on CeCe Caldwell’s Beckley Coal instead of a traditional paint you might use in a very high traffic area.  I knew this project would be ongoing INSIDE my home and I did not want to expose my family, and myself to days of chemical off gassing.  I plan to seal the CeCe Caldwell’s paints thoroughly and I have no worries in the durability of it from there. 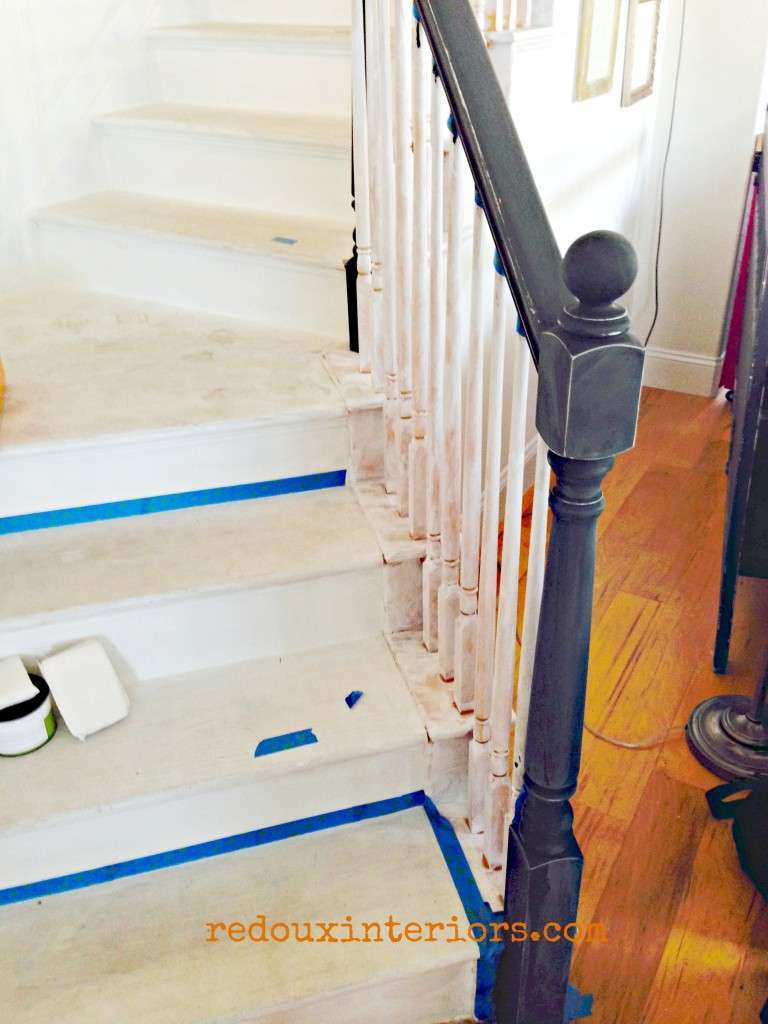 I even managed to get every other tread painted.  For now, and for who knows how long.  My family has to walk up and down every other stair tread.  We all have long legs and everyone is used to the completely crazy DIY mess we seem to stir up around here.

Stay tuned, by the end of the year I just may have a completed stair case.

And just in case you were wondering where Suffering Husband fits in with this project, we decided this would be the ideal time to rip up half of our very large backyard and relandscape.  We believe there should be large projects half completed at all times around our house, or we just aren’t being creative enough.  Hope your Saturday was was more relaxing than ours!  We take Sunday off to rest from our labors….. 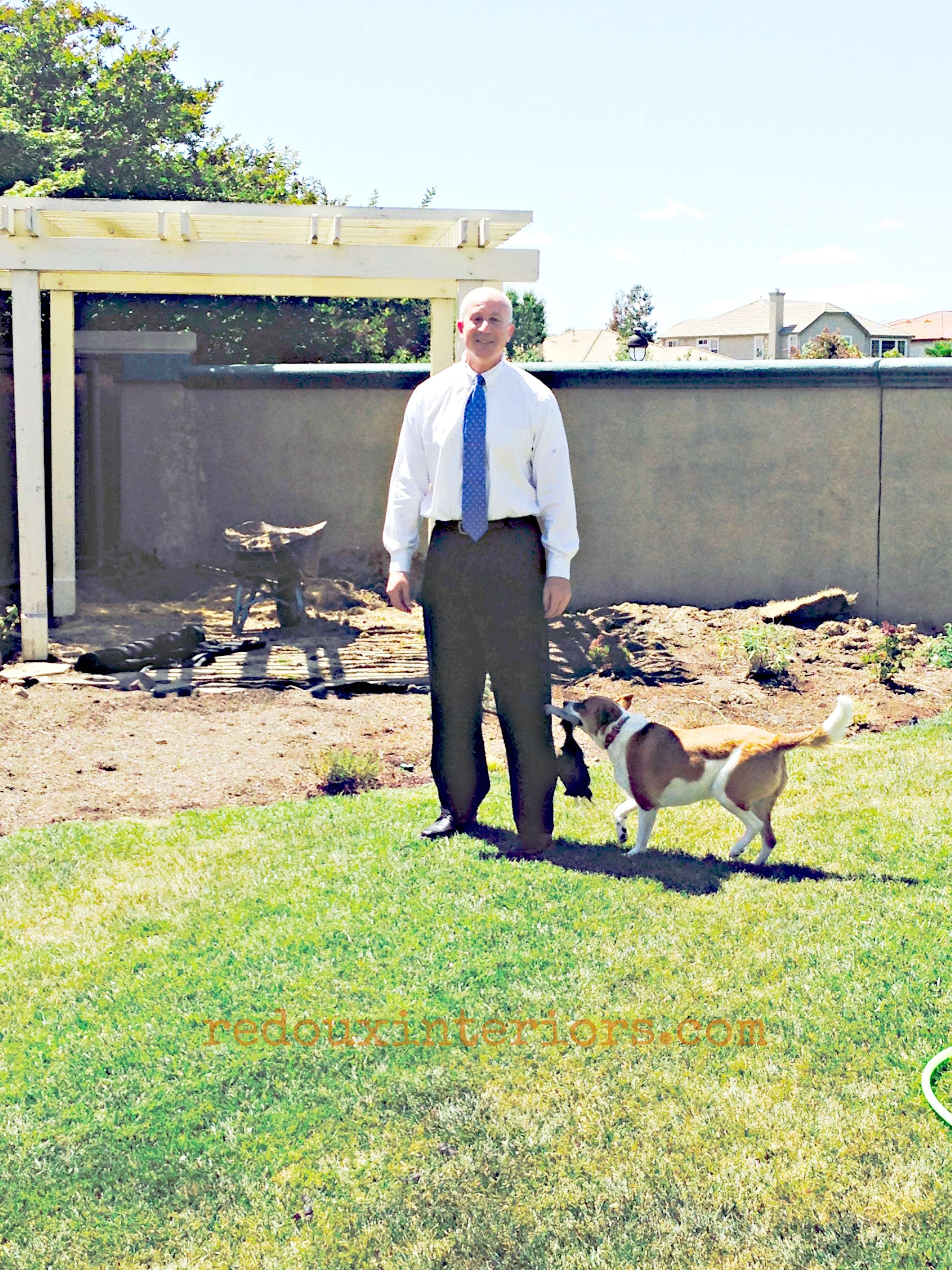